The Supreme Court of Canada has flipped the script and blown the whistle on the big-budget American Super Bowl Ads. The ruling means that the ads will not be televised on Canadian screens any longer.

It was a short romance for Canada and the American advertisements, having campaigned for years to the Canadian Radio-television and Telecommunications Commission (CRTC) to have the cult-like Super Bowl commercials shown in Canada. 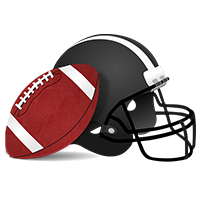 The practice called simultaneous substitution has been a main aspect of the Canadian broadcasting system for over 40 years.

It allows television stations with exclusive Canadian rights to American events and programs to require companies to substitute the inbound American network television signals with a Canadian station’s signal.

This meant that viewers in Canada would only see Canadian content in commercials.

The reason behind this was to maximize revenues for Canadian broadcasters by offering media buyers exclusive access to Canadian viewers.

However, this posed a big kerfuffle for Canadians that wanted to see the American commercials - which are known to create as much buzz as the football itself.

In 2016, the CRTC in its power as the industry regulator determined that the usual practice of simultaneous substitution was not in the best interest of the wider public when it came to the broadcasting Super Bowl.

The event was excluded from simultaneous substitution in Canada.

Viewers got what they wanted, with the past three Super Bowls being televised with the popular American commercials, including last year's heart-string tugging Budweiser ad, with its eight-horse-wagon riding Dalmatian.

During briefings to the Court, Bell Media who purchased an exclusive broadcast license in 2013, and the National Football League (NFL) stated that the actions of the CRTC were against the ‘freedom of expression’, as well as depriving Canadian advertisement content creators of income. 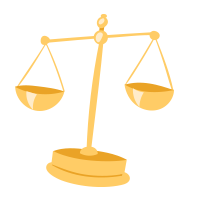 The NFL went further in saying that:

“The Broadcasting Act does not grant the CRTC the Orwellian power to reach down into specific shows that broadcasters create and decide which ones are worth (sic) of distribution to the public.”

Under the Broadcasting Act, the CRTC only has the power to order service providers to carry certain channels, not impose terms and conditions on the distribution generally.

The Supreme Court reversed their decision this week and held that the CRTC went beyond its scope of authority granted by the Broadcasting Act, by taking action to ensure American commercials were shown during the program.

While the news is disappointing for viewers, the NFL and Bell Media were pleased and reiterated that the CRTC decision cost the company millions in revenue and cut into their audience numbers.

Alas, on Canadian television screens there will no longer be any majestic Dalmations riding in the wind. Oh, Canada.