Europe is in many ways the leading innovator of the world when it comes to online casino and gambling with their poster child Sweden being at the forefront of many of the innovations taking place there. While the UK remains Europe’s biggest gambling nation, most of the top gambling platforms have been born and raised in the tech savvy country of Sweden, or at least from Swedish stock. We’re going to summarize a few of the top online casino providers here, many of which should be very familiar to the majority of Canadians who frequent online casinos. 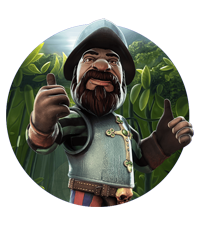 Originally founded back in 1996, NetEnt is arguably the king of online casino game studios. While it may contend with the equally powerful and popular Isle of Man based Microgaming, NetEnt has the advantage of providing both regular and live casino games that provide entertainment for millions of gamblers around the world. With heavy hitting titles such as Gonzo’s Quest, Starburst and the progressive slot Mega Fortune Dreams under their belts, NetEnt remains one of the oldest and most successful online casino platforms, which is not just a notable company in Sweden, but the entire online gambling world.

Getting set up in 1997, just a year after NetEnt, Play’n Go prides itself on high quality and graphically impressive slot games with several popular titles that notably includes; Grim Muerto, Book of Dead and Fire Joker. Play’n Go have also proved themselves at being effective in creating unique and fun mechanics for their games that manage to be rewarding and thematically relative in their execution. The system on which Play’n Go games are built on also lends itself well for online casinos to create exciting promotions and tournaments for their player base, making it a welcome addition to any online casino who have not already partnered up with the popular game provider.

A relatively newer entry into the field, Quickspin has been around since 2011 and has managed to achieve a lot in their almost decade worth of expertise and development. Having created over 150 games in this time with some unique and popular entries, such as the cascading slot game Big Bad Wolf that showcases their unique flare when it comes to bonus rounds. Another game worth mentioning by Quickspin is Extra Chilli, as it showcases a feature drop option that allows players to purchase entry into the game’s bonus round. Quickspin really shows how varied the capacity of Swedish development studios can be. 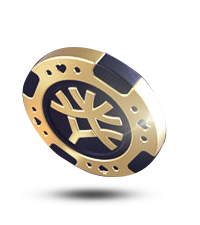 NYX Interactive may be a Swedish development studio that has flown under the radar for many casino players, but with over 300 games in their portfolio some of their titles would have certainly caught the eye of anyone browsing through an online casino’s library of slot games. With licensed titles such as Anchorman, Bruce Lee and Beowulf, NYX Interactive have shown a keen skill of developing strong business relationships, as well as games, which has seen them become more and more of a regular occurrence at big name online casinos.

While fittingly named after the World Tree of Norse mythology, Yggdrasil Gaming could be argued as not being strictly a purely Swedish development studio. Being initially set up in Malta just under 7 years ago in 2013, the studio was created by Swedish industry veterans and has since gone on to win multiple accolades for their slot games and user friendly business to business platforms; with a recent Innovator of the Year award at the The International Gaming Awards 2019. This comes as no surprise, as the development studio has consistently delivered highly polished games with excellent visuals, audio and mechanics that have seen the company rise to become a respected studio amongst its top name peers. Some of their most popular games naturally have a very Scandinavian theme with Vikings Gone Wild and Vikings Go Berzerk, but other noteworthy titles with different thematics can also be found with the likes of Sherlock and the Stolen Stones, as well as Double Dragons.