Feel like cuddling up on the sofa to watch a good old movie today? Well, we have one thing better in mind. How about going through the list of our favourite movie-themed slot games and find a movie you might like to play and even watch on one of these cold Canadian nights? From action to adventure, you can safely say we have found a game that is sure to please everyone. Either way, take a look, have some fun and spin a few reels at some of these cool online slots for a thrilling gaming experience while you enjoy some of the most iconic movie icons on their reels.

Now, what would make a movie marathon without the inclusion of this famous action-packed oldie? One of our favourite quotes would have to be “Every once in a while a person comes along who defies the odds, who defies logic, and fulfils an incredible dream” so why not defy the odds and bring Rocky’s back by playing this online slot? This is a 5-reel, 25-payline movie slot that includes some great features. Spell R-O-C-K-Y left-to-right, no matter the position on the reels, you will go on to win an instant 5 x your bet. Take out your boxing gloves on reels 1 and 5 and then use them to enjoy the Knockout Round where you will pick an opponent and bash it out until the very end, hopefully winning plenty of loonies as you go. Grab three or more Italian Stallion scatter symbols and you will launch reactivating Free Spins. 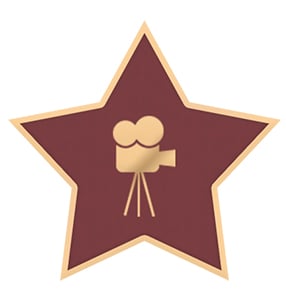 Planet of the Apes

Are you an animal lover like us? Well, if you also enjoyed watching the Planet of the Apes trilogy - and going for the apes over the humans then we know you’re going to get great enjoyment out of playing this NetEnt slot too. This online movie slot game features both Rise of the Planet of the Apes and Dawn of the Planet of the Apes movies, as well as Free Spins and great bonus games. Is now the perfect time to take a quick break and refresh your memory and catch up on the movie before you get whisked away by landing Rise Free Spins in the Rise area as well as Dawn Free Spins in the Dawn area! Need more arm twisting? Well, you can also activate a dual feature before each spin as well as a chance of hitting the Rise Bonus should the symbol arise on the first reels.

This is one of iSoftBet’s most sort after slot (regardless of it making our top movie slots list). It’s been modelled off the original horror film and is sure to freak you out along the way as we’re sure the movie may have done! This movie slot includes 243 ways to win and various Free Spin modes and multiple coin wins.

From Possessed Spins to Demon Spins you can land quite a few various Free Spins on this game. Not only that, but you can gain instant wins, increasing multipliers and extra wilds - all depending on the type of Spin you land. Just keep your wits about you and try not to hide so you don’t miss anything.

With 243 paylines, Multiplier Trails and Free Spins, you can’t really go wrong with this fun slot game, especially if you’re a die-hard fan of the old Jurassic World flick. Just make sure that while you’re hunting down velociraptors you’re keeping a close on the Free Spin features and the multipliers. Creation Lab, Raptor Den and Gyrosphere Valley are the three features, each with 10 Spins and the Multiplier Trail which increases the multiplier value on spins where you can’t win. What’s more, if you land a win here, then the multiplier resets!

Need a bit of nail-biting action in your life tonight? Well, if you haven’t already played Microgaming’s game, Terminator 2, and you are a big fan of Arnold Schwarzenegger's character, T-800 Cyborg named The Terminator, you are in for a treat! Based on the Terminator sequel, the game comes with 243 paylines as well as several special features including the fact you actually get to be The Terminator which is a lot of fun! The game’s symbols are all lead characters from the movie with the T-800 Terminator Cyborg as the lead. Our favourite part of all of this? Any winning streaks or bonus rounds that you play coincide with iconic footage from the movie including great images that will make you feel as though you are a character in the movie.

The Phantom of the Opera

Another 243 payline slot but this one is a real scream with plenty of special options from Free Spins that have fun twists not to mention multipliers. This Microgaming take on the infamous Phantom of the Opera movie includes the Music of the Night feature which awards 10 Free Spins with wild features. From the All I Ask of You giving you 10 Free Spins with Dancing Wilds to the Masquerade which grants you a 3-level pick bonus.

Hitchcock’s legendary 1960’s American psychological horror film, Psycho, is a timeless classic and the Psycho slot is just as good as the film! Famous quotes from the film appear across the screen to entertain you during the game as you spin the reels of this movie slot.

This slot provides high standard graphics and loads of Free Spins and Psycho Wilds which can multiply up to x 20 at random if you are brave enough to hire a room at the Bates Motel! 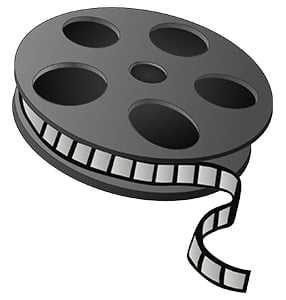 Here’s one that’s less hands over mouth scary and more laugh out loud funny with Micrograming’s version of their Bridesmaids slot which was based on the comedy that was awarded the most grossing R-rated female comedy of all time back in 2011.

The slot includes a couple of special features including various cash prizes up for grabs when you play the Wheel of Fortune, stacked wilds and various Free Spins which all embody the fun characters from the movie.

Are superheroes more your thing? Into the DC comics? Well if you’re familiar with Justice League and a bit of a superhero fan, this collection of comic heroes like Wonder Woman, Batman, the Flash, Superman, Aquaman and Cyborg all uniting is a slot game by Playtech that’s not to be missed.

You can activate the Superhero Respin on any spin and you’ll also see Free Games in the mix which various characters will award you a specific number of Spins. Superman adds 2x2 frame to every spin and turns all the heroes wild once that land in the frame. Want more? Well, there’s the random progressive jackpot game you can hit too!

This is definitely another classic and iSoftBet’s version of Basic Instinct certainly lives up to the infamous thriller. Based on the 90s film starring Michael Douglas and Sharon Stone, the game offers, you guessed it, 243 paylines!

In the Basic Instinct movie slot, Catherine Tramell, the detective played by Sharon Stone, is the star of the show, and because of this, you will see three different images of her from the film as wild symbols and these are quite iconic scenes from the film. The first in the Drop Wild symbol, followed by the Free Spins Wild symbol with the last one being the Bonus Wild symbol. Last but not least, there is the chance to hit the progressive jackpot and Free Spins!

Now that we’ve taken you through some of the best movie-themed slots on the market, we think it’s time for you to check out one that takes your fancy and start spinning a few reels. Why not make a night of it and get yourself some popcorn a choc-top or even some poutine! Good luck!