Online casino big win stories are not only inspiring but they also give an indication of which progressive jackpots have dropped recently, so that you can pick which one you want to play with the most complete knowledge. After all, you wouldn’t want to play on Microgaming’s Mega Moolah progressive jackpot slot right after someone had taken home the massive multi million dollar prize fund. With that in mind, we’ve compiled some of the largest wins with the smallest initial stakes in November 2019, all so that you can see how easy it can be to land the big one whilst also crossing off certain progressive slots from your list – until they build up again… 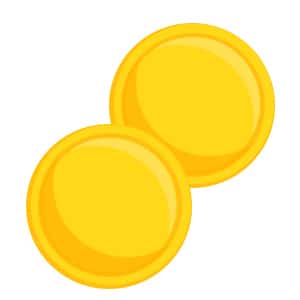 We begin with a relatively small win (but nonetheless impressive) win on Iron Dog Studios’ fantastic booty collecting slot Pirate Kingdom Megaways. Featuring the excellent game mechanic of locked reels, which enables a player to keep up to seven symbols in play at any given time, a lucky person called Slotspinner bought his way into the bonus rounds with 10 free spins. From there, the wins keep racking up as more bonus rounds and free spins trigger until a critical mass. The multiplier eventually rose to so high that Slotspinner completed the winning streak with a final free spins win of €9,572 (just shy of CA$14,000) – that’s 4,768x the stake!

A player going by the username SvensOmat decided to see how far he could get with just €0.35 (that’s only CA$0.50) a spin. He chose the game Win Blaster by the excellent Gamomat studio – a relatively simple 3x3 reel game that only has five paylines to speak of. Nevertheless, the stars must have been aligned for him, as in a short live streamed clip SvensOmat manages to take home an unbelievable €1,750 (CA$2,555) from a single spin. He is heard screaming “Oh my god!’ when the win comes in. We’re not surprised – that makes it a 5,000x win in total.

The previous two winners streamed everything on popular live streaming platform Twitch, and the same goes for Salvo, who was playing CA$1.50 a spin on Big Time Gamings’ super slot The Final Countdown. Salvo ended up collecting 10 scatters with four spins left in the bonus round. Then, after picking smaller wins of a few hundred Canadian dollars, he lands a Purple gem on the first and sixth reels right at the last. This meant that the streamer managed to gain a total win that round of around CA$12,500 – that’s a big win of just over 8,565x the initial stake.

Taking things up a notch, playing Relax Gaming’s video slot Money Train, the player known as Xtremeg222 won with a great many multipliers contributing to a huge 9,464x win. What’s more, this was achieved with €1 a spin (roughly CA$1.50). The winning streak eventually led to the player walking away with a very reasonable €9,464 grand total, which is equivalent to slightly more than CA$13,800 – we have to admit that’s impressive when the stake was just CA$1.50.

Gaining a Purple Heart (the symbol that pays out the most on Big Time Gaming’s innovative slot Lil’ Devil), a gambling gamer by the name of Vekku62 pulled off an astonishing win that was worth 14,596x the initial wager. And it certainly goes to show that you don’t need massive stakes to end up a happy customer, as Vekku62 was only placing CA$0.50 each time. In a thrilling final round, the player took home just over CA$10,000. How amazing is that? 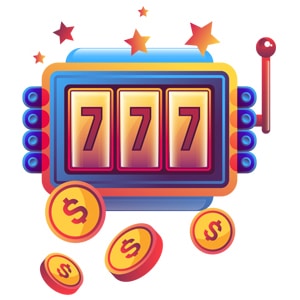 Net Entertainment’s gunslinging slot Dead or Alive II features twice in our round up of massive wins in November 2019. First up, we have the user Smegs Slots, who was only betting the crazy low amount of CA$0.16 each time. Not that it ended up mattering. The highly volatile NetEnt title went into meltdown at a certain point during the stream, paying out a grand total of more than CA$2,750 from a single spin – that’s a truly impressive 17,698x the initial bet!

Finally, we return to Slotspinner, the Twitch streamer that also had a big win with Pirate Kingdom Megaways. This one is particularly astonishing, however, as the super volatile Dead or Alive II ended up giving the player a win that was worth more than 25,000x the initial stake. And that stake was a mere CA$5 each time. In fact, it was such an impressive set of circumstances that we recommend you watch the original stream in its entirety. In the end, the final round win of around CA$28,000 was just the cherry on the cake. The grand prize taken home that day was a whopping total of more than CA$136,000, which equates to 25,995x the initial bet. Awesome!