Home ‣ The Famous Singers and Musicians Who Like To Gamble

The Famous Singers and Musicians Who Like To Gamble

We can only imagine that these musicians and singers might’ve had gigs at fancy casinos in Las Vegas, or smoky bars hosting live casino tables. Maybe the peaceful sound of slots calmed them after a hectic stage show. The truth is that some of the most famous musicians have had a go at either land-based casinos or their online casino counterparts.

We’re diving into the recent history of fame to tell the stories of the famous singers and musicians who also share your love for gambling, so let’s find out if you share an interest with some of these celebrities!

Sounds Of The Casino Being Music To Their Ears

You might’ve heard about celebrities such as actors or athletes having an interest in gambling, playing anything from slots to live casino or poker, but this time it’s all about the music makers and singers of our time. We’ve therefore chosen a few of the most interesting people to talk more about how gambling is or was a part of their life.

The Grammy Award winner ‘I Try’ singer, Macy Gray, has spoken out about her gambling, stating that she once won $28,000 playing Blackjack one night and that she loves to play poker. Macy is passionate about gampling and has often been seen participating in poker tournaments, keeping it as a hobby to this day.

The former member of One Direction, the UK pop band that has taken the world by storm, is apparently one for live casino tables, so much so that he even has a lucky number! It seems that 17 Black is the number Styles has decided to place his luck in. Whether this numberworks well for him or not is uncertain but even so, it sadly didn’t work in his favour when he was escorted out of a Las Vegas casino for not meeting the minimum legal age requirement of 21.

The late singer and guitarist of the English rock band Motörhead has been said to have a passion for the good old slot machine. According to the legend, the nickname “Lemmy” comes from him asking people to ‘Lemme a fiver’ so that he could continue to play. Besides being eternally grateful for his music, NetEnt even tributed an online slot in his name, releasing their Motörhead Video Slot in 2016 where one can hear classics like ‘Ace of Spades’.

The famous rapper and songwriter who used to wear a signature white band-aid on his cheek has a thing for cards and poker. Due to his rather successful interest in the 5-card table game, he’s actually a possible opponent one might meet for anyone playing in the WSOP (World Series of Poker) or the poker tournaments of PokerStars such as the Caribbean Adventure.

The singer and actor who has made history on the movie screen had a passion for gambling that spilled over to the screens, having lead roles in the original Oceans 11. Together with the rest of the ‘Rat Pack’, mainly Elvis Presley and Sammy Davis Jr, he certainly brought the flair to the Las Vegas strip and its many casinos.

Sinatra even bought a Casino & Resort in the 1960s together with Dean Martin and Sam Giancana where a couple of years of wild partying and gambling followed.

The Show Will Go On

Plenty of singers, musicians, actors and athletes today share a passion for gambling as well as sports betting so put on your favourite song from any of the artists above and spin the reels at your favourite casino! 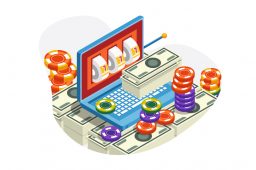 Can You Really Win Money on Online Casinos 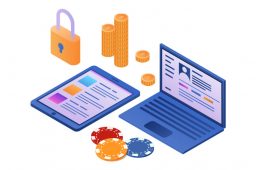 Which Is the Best Online Casino 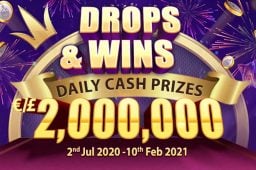 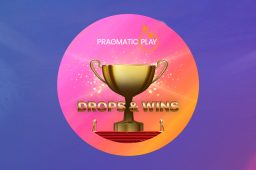