With spending in Canada at online casinos and sportsbook sites on the rise year on year, lawmakers across the country are debating how best to regulate the market and whether or not the industry should be legalised from the Yukon Territory and British Colmbia to Labrador and Newfoundland. Just recently, the Canadian Gaming Association (CGA) welcomed the news that West Windsor parliamentary candidate Sandra Pupatello planned to champion the legalisation of single-game sports betting across the country. However, Pupatello ended up losing the October 2019 election to Brian Masse, who narrowly won his sixth term on the bounce.

Nevertheless, while playing at online casinos remains illegal for Canadians unless the site is hosted within a player’s province, there is nothing to prevent Canucks from playing at the many hundreds of foreign based online casinos – which they do in their thousands, which is essentially channeling money away from Canada to other nations. In short, it’s a bit of a mess and a huge legal grey area. Hence why the debate about legalising the industry and regulating the market has been a hot topic of late for lawmakers and campaigners.

Jim Warren, a Liberal strategist, went so far as to say that Canada can no longer wait, given what is happening over the border: “Now that the US is legalising sports betting, we have no choice but to follow suit and level the playing field to help prevent job loss and investment in Canada.” As it stands, Canadians can only bet on two or more sports at any one time – they cannot wager on a single sporting event, which is by far the most popular way to bet online. Warren added that “The Federal Government should have already legalised head-to-head sports betting to create thousands of jobs in Canada.” Only time will tell if this goes through.

Regarding sports betting alone, the CGA CEO Paul Burns estimates the amount wagered in Canada per year was slightly more than CA$7.5 billion, with around CA$3 billion in bets placed via foreign websites operating outside of the country. Meanwhile, only CA$377 million was placed via the completely legal route of using provincially licenced operators in Canada.

In terms of jobs, the industry provides around 182,500 positions with an average salary just shy of CA$50,000. Burns also noted that around CA$6.8 billion was generated for Canadian charities, community projects and aboriginal causes, especially in border towns like Windsor. 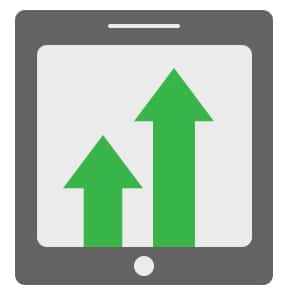 One of the main reasons for the explosive growth of the online casino and sports betting industries cited by experts in the field is the adoption of mobile devices like iPhones, iPads and Androids. This, along with mobile friendly websites and games, has arguably put online gambling into the hands of more and more Canucks across the country. This increasing popularity has caught the attention of lawmakers who are keen to get a slice of the action.

However, there are many different views held that can be divided provincially. Some of the more conservative provinces, for example, are not so keen on the move to legalise iGaming across their state, so the government is continually handling the debates by throwing it back to provincial courts rather than by enacting policies across the whole country. Therefore, it might be safe to assume that Canada will adopt an approach similar to the United States, whereby the regulations and laws are decided at a province by province level. This means border provinces are more likely to legislate to protect jobs and to bring in tax dollars from the iGaming industry.