Regulatory changes never rest in the world of online casinos. The industry has become a huge hot topic for many regions across the globe and while some nations look to outright ban the entertainment platform, others look towards the more lucrative and controlled regulatory aspects available. We have a separate recent article on how diplomatic pressure from China has caused Cambodia to decree that all online casino licensing applications and renewals will be terminated and banned from the coming year 2020; while on the other hand that same diplomatic pressure was rebuffed by the Philippines’ President Duterte. Read more on this in our article “Cambodia Set To Ban Online Gambling In 2020 ”

Meanwhile, other regions have also been busy this October with their considerations on how to handle the online casino industry. The US for example, Pennsylvania and New Jersey are still the only 2 states in the country to allow online gambling, which are also open for customers outside the US, such as Canadians. The 2 states have seen a massive boom in online gambling activity, news coverage and jackpot winners that have also been covered here at Casino Top and can be found in our News section. 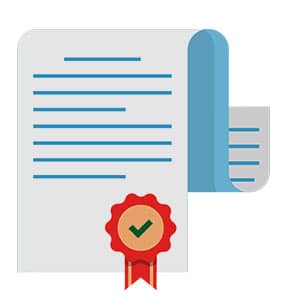 Changes In The US

While the online casinos within Pennsylvania and New Jersey appear to be flourishing, the rest of the US has always been dominated by land-based casinos, state lotteries and the advent of fantasy sports. Both the District of Columbia (DC) and Indiana have taken the course of action to open up sports betting markets, which saw Rush Street Interactive and DraftKings open up their own platforms earlier in the month of October in Indiana. The state of DC is still process of forming their own licensing, however it has been confirmed that the originally Greek provider Intralot will be in the unique position of being the one and only sports betting platform within DC

DraftKings truly are living up to their name in the US as per the above mentioned operations in Indiana. However, they now also hold a partnership with Iowa based sportsbook provider Wild Rose Entertainment. Some may say that the fact that DraftKings, as well as FanDuel, have always taken the stance that their offerings of fantasy sports are purely skill based and therefore do not fall under the category of gambling has now become somewhat more questionable, as DraftKings has quickly made moves to dominate the US based sports betting market where possible.

Illinois on the other hand is still in the preliminary stages of setting up a sports betting market, where casinos and online sportsbook platforms will be more closely linked. Delays have however and it remains to be seen as to whether the impact of casino branded online sports book applications will have on the state. This does however appear that the prohibitory legislation that the vast majority of US states have uphold is being loosened significantly when it comes to sports betting, which begs the question as to whether online casino betting will follow suit in the near future.

Changes In The South America

Argentina were in motion to set up welfare programs that would see a proportion of gambling winnings go towards worthy community causes. This has however been stalled, as the government is still in contention and debates as to how best to move forward with the scheme. This does however appear to be a worthy notion for the nation to pursue and could have the potential to be a shining example for other nations to follow, when it comes to their own gambling legislation. However, as no confirmed details have been announced, it is with hopeful anticipation that Argentina rises to the challenge; to allow its residents the freedom to gamble online, while having a process where proceeds go towards supporting welfare and community projects at the same time.

Meanwhile, Brazil is looking to move things forward with the industry, as a proposal has been made to create a regulatory organisation that will oversee both on the process of sports betting and sports themselves on an integral level.

While Argentina and Brazil are still in the preliminary stages of setting up legislative procedures and bodies, Columbia is full steam ahead as the country has now been added to the list of permissible countries where gambling advertisements can be displayed for users of Google’s various applications, platforms and services. This has coincided with the fact that are now already able to legally place wagers on virtual events.

The big changes this month in Asia are concerning the matters discussed at the beginning of this article. We therefore recommend you take a quick moment to read through our “Cambodia Set To Ban Online Gambling In 2020 ” article. This covers the state of affairs in Cambodia, as well as the Philippines and the influence that both the Chinese government and businesses have had throughout the region.

Canada Still Not Showing Its Hand

With so much happening within the online gambling industry worldwide, it appears that Canada is still in a stalemate situation, due to its national laws, leaving regulations up to each independent province, who each have their own stances on whether to outlaw online casinos or embrace them.