The Rise Of Esports Betting

When it comes to the sportsbook side of online casinos, you may have noticed Esports being listed under the subjects of available sports on offer, depending on the casino. Esports has become a huge international phenomena and has especially seen widespread acclaim particularly in North America, China, South Korea and certain European countries.

Essentially, Esports represent competitive elements on video games, where top tier players or teams compete against each other for, in some cases, huge prize pools and international recognition. The variety of Esports on offer has grown massively over the past decade, as several events and games have reached prominence. Originating way back in the 1970s, Esports was kickstarted mainly by the likes of shooter games such as Quake and strategy games like Starcraft back in the 90s. It reached such heights in South Korea that it became a national televised sport, where a pro player would be treated no different than Hockey’s very own legends Wayne Gretzky or Mark Messier.

Nowadays there are a wealth of different games that fall within the sphere of Esports, such as Counter-Strike (CS:GO), League of Legends, DOTA 2 and FIFA. These are probably the most commonly offered games available at online casinos offering Esports in their sportsbook section. From strategy games, to quick reflex shooters, to team based action, Esports really does have a lot to offer these days and the players truly showcase the top end professionalism, skill and drama that any more conventional sports also encompass.

The largest events behind the Fortnite World Cup include; The DOTA 2 International, The CS:GO Majors and The Intel Extreme Masters, which features a variety of games and is now in its 13th season. These events draw in huge spectator crowds and are especially popular on streaming platforms for viewers across the world.

What does Esports Mean For Online Casinos? 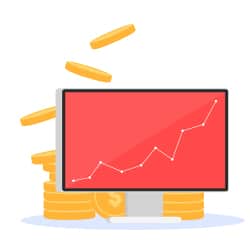 So far Esports has been considered a relatively niche market for online casinos that offer a sportsbook product, however one may consider the competitive scene in a state of relative infancy. While previously mentioned, the first event was goes to a small local even back in the 1970s; the projected forecasts of Esports’ market revenue has been estimated at an astounding $1.79 billion in 2022 (Approximately C$2.3 billion), where it now currently stands at market value of $865 million (Approximately C$1.1 billion). This huge potential and forecasted growth is enough to make those interested in sports betting as a product and its evolution see that there is a large demographic of players interested and who would most likely stake money on their favourite player or teams.

This is already an occurrence amongst casinos that offer Esports, yet it remains to be dwarfed in comparison to other more conventional sports such as Basketball, Tennis, Soccer and Hockey, when it comes to sportsbook. Betting on Esports remains the same, in practice, as with any other sport; as you can bet on outright winners, over/unders, results of different stages of a match, amongst other recognisable bets.

It remains to be seen as to whether Esports can truly reach the heights that would propel it into the front page of online casinos and their sports betting platforms, however with such huge market values and with video games being much more of a social norm these days, it very well has the potential to become a contemporary alongside the age old sports we already know and love.