As we move firmly into 2020 and await the first big wins of the year, it’s always worth reminding ourselves what a phenomenal end to the decade 2019 proved to be for online casino players. Here, we will take a brief overview of the prizes that made all the headlines in 2019, with a round up of not only just how many dollars were pocketed by individuals around the world last year, but also take a look at the stories behind the massively life changing moments when the online video slots went truly bananas and started spewing out virtual coins like there was no tomorrow. So, without further ado, let’s reveal all in reverse order, from the lowest to highest…

As summer turning into fall, one very lucky British online casino player managed to rake in a whopping CA$3.65 million at Gate777 Casino. The life changing win came on 19 September 2019 and was reported based on a bet of just CA$0.55 – that is just phenomenal, we’re sure you’ll agree, but that’s exactly what can happen sometimes when a progressive jackpot slot decides to gift you with the top prize out of nowhere.

Mega Fortune is one of NetEnt’s most popular jackpot slots and it’s not hard to see why when such an amount of cold hard cash can be had with a single spin. Unfortunately, the player who managed to channel all the luck in the world into that fateful day decided to remain anonymous. So, all we know, from the online casino itself, is that the player in question was a regular at Gate777 Casino, so he or she fully deserved to grab this astonishing win.

In terms of the multiplier this bet received, we’d say it was one of the best returns ever seen, so it just goes to show that lady luck can sometimes be smiling down on you. Not bad, eh!

Our next big winner of 2019 came earlier in the year – on 13 March, to be precise – and fell the way of a 65 year old woman from one of the Scandinavian countries. Playing at popular Swedish brand Betsson Casino, the lucky punter decided to go for broke on NetEnt’s remix or extension of the aforementioned jackpot video slot, called Mega Fortune Dreams. And boy did it pay off for her – she ended up pocketing an amazing CA$4.92 million, which is really something. We mean, what would you do if you won that kind of cash in a single day?!
Again, the bet level was astonishing low given how much she reaped in prize money. Word from the casino managers was that she initially wagered the equivalent of only CA$4.53 each time on Mega Fortune Dreams. After a few rounds, the Wheel of Fortune bonus round kicked into action. And she managed to get through all of the outer rings of the feature to land the jackpot prize lying in the very centre of the wheel – that takes some skilled hand eye coordination! 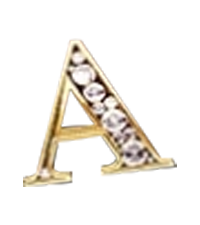 It just goes to show that if you’re determined enough, you can sometimes tip the odds in your favour. So, CasinTop Canada congratulates the 65 year old, who must surely be retired by now!

Next, we head over to Northern Ireland, where luck itself is created if you believe the stories of leprechauns and four leaf clovers on the island. This time a massive CA$5.52 million was won by a 33 year old male hailing from the town of Newcastle in County Down. Sean Doyle was playing at popular (and somewhat controversial) Irish brand Paddy Power at the time of the win.

Sean’s game of choice that was played from his smartphone was Blueprint Gaming’s jackpot slot based on the movie Mars Attacks! He was happily spinning away when the jackpot launched out of nowhere and he reported said that when the total surpassed one million, he switched off his phone, not having the courage to see anymore or believe it was really happening. In fact, he’s quoted in one of Northern Ireland’s newspapers as saying: “I couldn’t look. When I got home, I couldn’t believe my eyes after I saw the final amount!”

With so much moolah at his disposal now, Sean vowed to help out his family whenever they needed it and he reportedly even turned up to work as normal the next day. What a gent!

The next three, and highest wins of the year, all came courtesy of Microgaming’s now legendary Mega Moolah online progressive jackpot slot. This one is the current world record holder and it shows no signs of slowing down as the game ages. The lowest, but still no less awesome, of the three Mega Moolah jackpots here came to a player who wished to remain anonymous. However, there’s more than a hint (because of currency) that the player was in fact Canadian.

Over some 60 days of the best hot streak of their life, the Canuck player hit the jackpot three times. But this final one came on Star Wars Day, otherwise known as May the 4th, and was won at the appropriately named JackpotCity Casino. So, truly the Force is strong in this one.

This goes to show that Canadians win the jackpots sometimes, which gives us plenty to hope for in 2020. And Mega Moolah is always worth a shot because of its astronomical prizes!

This time, we pop across the border to the United States. Early in the year, on 5 March 2019, an unsuspecting player was casually playing Microgaming’s Mega Moolah at Luxury Casino. At least we think that the player came from the US, seeing as the money was won in US Dollars, but there has been some speculation online that the player might have hailed from as far away as India or the Philippines, where punters often choose to play with good ol’ fashion bucks.

Needless to say, the player who won such an astonishing amount chose to remain anonymous, and we certainly don’t blame them for that! While it is currently illegal to play at online casinos in the United States, many players use virtual private networks (VPNs) to get around the restrictions. This is not the case in Canada, of course, so you have no worries there!

So, now it’s time for the big one. The number one win on our list is dropping in three, two, one… 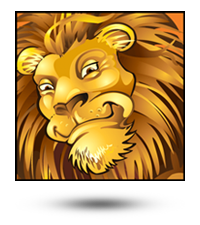 This truly mesmerising amount of money was won super early on in the year, coming about on 20 January 2019. Again, Microgaming’s Mega Moolah was responsible for the multi million dollar cash prize falling to a single player – this time, one who was playing at Zodiac Casino. And, what’s more, it’s highly likely because of the currency that it was another Canuck!

Unfortunately, as you might already have guessed by how we phrased things above, the player in question also chose to remain anonymous. But, it was not only a massive win for a Canadian player but also the biggest that has ever been recorded in the country – the previous two records came in 2016 and stood at a relatively paltry 11 million Canadian Dollars each!

In total, there have been 13 jackpot wins on Mega Moolah (and the sister titles such as Mega Moolah Isis, for example) in the Canadian currency. So, it just goes to show that plenty of good honest Canucks have taken the big prizes over the years. So, there’s definitely hope for 2020!