Since 2007 The United Kingdom Gambling Commission (UKGC) have been one of the main licensing bodies when it comes to online casinos; in particular those who have inclusive operations within the UK market. They are well known for their high standards on game fairness and casino responsibilities for their player’s wellbeing, whether it be with regards to responsible gaming or data protection. Online Casinos that hold a UKGC license can be seen as reaching the top of industry standards when it comes to the liability they hold for their customers and the industry as a whole.

Now the UKGC are demanding even more stringent policies and legislation, when it comes to slot games and specifically a more recently trending feature of bonus buy-ins. The issue was raised, due to the amount of funds required to spend in order to buy oneself directly into a slot game’s bonus feature round. The UKGC has stipulated that this has increased the adverse risk of players spending above their means, as some buy-ins have been noted as being up to and higher than 100 times the average stake of slot games with this feature available. As mentioned, the UKGC has always been incredibly vigilant in their regards for player safety and responsible gaming, even more so than other trusted and internationally recognised licensing bodies.

What Are Buy-In Features For Online Slot Games?

For those familiar with slot games, you’ve probably been fortunate enough to hit a bonus round or feature, which varies from slot to slot. Just to give a brief and simple explanation, as it really does depend on the specific slot and game provider; bonus features allow for exponential wins that usually have some free-spin or interactive elements designed to be engaging, thrilling and ultimately resulting in a much higher payout than your standard winning spin. 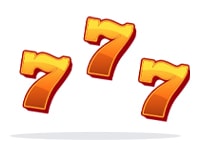 While we won’t mention any specific names when it comes to providers and slot games that this may affect, we do still want to make you aware that the UKGC’s intention is to protect those who may be more vulnerable to the adverse effects of gambling. Also, as some slots make promises of being able to attain wins in the hundreds of thousands of Canadian dollars through their bonus rounds (Which is certainly possible), the buy-in rates can reach over C$100, which is a lot considering most slot players tend to put in no more than a loonie or two per round.

You can also look more into the various game providers available in Canada by viewing our Software and Games Provider Review section, which goes into much further detail with regards to individual providers, their games and offerings.

Why This Matters for Players In Canada?

While the UKGC first and foremost focuses on the operations of casinos within the UK market, this does have a knock-on effect with regards to how any UKGC licensed online casino operates. Due to the higher standards that are required in order to acquire and maintain a UK license, casinos must prove that they have the capabilities, infrastructure and activity that accredits the license. Therefore, any online casino that’s open to players in Canada, yet also holds a UKGC license, is one that must have undergone a higher degree of scrutiny and auditing than those who may be operating under other gambling authority licensing. 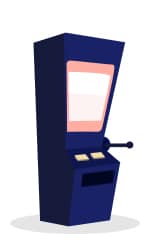 A higher degree of player safety and security is to be expected for any casino who operates within the legislation of the UKGC, especially if said casino holds multiple gambling authority licenses. The player protection with regards to responsible gaming, fairness of play and promotional clarity are at the top of industry standards with UKGC casinos, therefore Canadian residents should keep this in mind when looking at new and current casinos that they may play at. The licensing commission also works closely with 3rd party games testing and auditing services, such as eCOGRA, to ensure that players are in no way being cheated with regards to fairness and true fairness within the perimeters of gameplay. UKGC legislation also pays closer attention to promotional terms and conditions to ensure they are clear, concise and do not purposefully mislead players with regards to ongoing campaigns and offers. Therefore it serves players well of all regions, not just Canada, to look out for the UKGC certification before committing fully to a particular online casino.

Lastly, the above mentioned isn’t to say that online casinos under other licensing bodies are not to be trusted; it is simply a greater degree of assurance that players are treated fairly and the services provided are of the utmost standards.