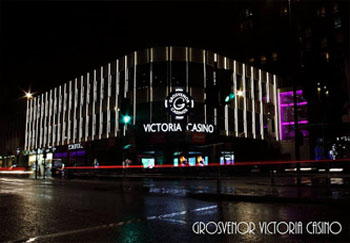 One in a chain of casinos all around the UK. The Grosvenor casinos are well-known throughout the country and in London The Grosvenor Casino The Victoria offers great entertainment to gamblers. It is not as grand as other locations, but has a lot to offer when it comes to placing a bet and playing your favourite casino games along with a long legacy. 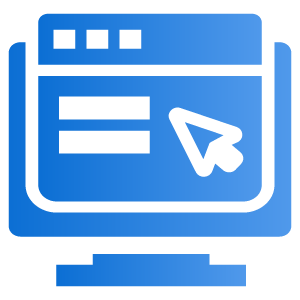 
The casino is available with a membership 24/7. Grosvenor is a well-known name when it comes to casinos and this beloved property lives on and continues to entertain the masses under the new management.

Receiving your membership is easy, once you arrive you can sign up in a few minutes with the help of reception. There are great games on offer that have improved and expanded over the years. There is a lot of history at The Vic and the fact that it was not lost in time speaks to what the property means to the public.

This casino was previously known as the Victoria Sporting Club. Those who frequented what was fondly known as The Vic, would gather and settle on betting prices and odds for horse racers. Yes, it was a place where bookmakers came together to turn the races into businesses.

To pass the time, the patrons would eventually start playing card games which expanded to turn the sporting club into The London Vic Casino. As the years passed, the gaming industry was on the rise and the Victoria Casino rose with it. More serious forms of gambling were added to the property which led to this specific casino having the highest stake games in the world at one point around the 1980s.

The rise of poker could also be seen at the Grosvenor Casino, The Victoria. As the game became more popular and more professional, The Vic invested in adding a poker room to accommodate this new expansion of gambling. So much so that The Vic now hosts the Grand Final tournament for the UK Poker Tour.

The Vic does not have options for accommodation with no hotel attached to the casino, unlike many casinos in the US. It is an old establishment that did not allow for hotel accommodation if the history was to be preserved. However, many hotels surround the casino that guests of the establishment have rated highly as destinations that served them well when gambling at the Grosvenor Casino The Victoria. 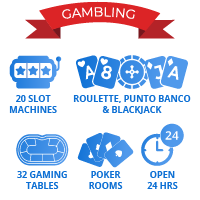 The gaming selection at The Vic is extensive and any player that arrives at the casino is sure to find something that suits their needs. Whenever you are in the mood to do some gambling and you find yourself close to The Vic, head over as they are open 24 hours a day. Once inside, players will find a wide variety of slots along with 32 gaming tables to enjoy games such as three-card poker, roulette, punto banco and more. There are also electronic roulette options and 43 of these electronic tables to choose from.

The casino also has 20 progressive jackpot slots if you are feeling lucky. Don’t forget about the designated poker room that offers a different gambling setting on its own. Players looking to enjoy some poker will have access to weekly tournaments and even cash games. The Vic also has an online casino that players can enjoy from the comfort of their homes. As a treat, on the last Wednesday of each month, there is a gambling event that helps beginners with their gambling journey. The Learn to Play event allows players to find out more about the games at the casino and practice playing them as well.

The history of the property is one attraction that keeps players coming back for more. However, there aren’t any entertainment options available at the casino. Guests at the casino will find drinking, fine dining as well as poker events that can be enjoyed regularly. The ambience of the casino is high-end and allows anyone willing to sign-up for a free membership access to high-end casino gaming at a long-standing casino.

The dining room includes a coffee shop and an interesting menu that changes at the start of each week. The bar is also situated inside the dining room and offers a snack menu as well as a lounge area to take a break from gambling. You will also be able to purchase drinks as part of your experience at the casino.

The Grosvenor Casino The Victoria has a lot to offer in terms of gaming and overall casino experience. However, when compared to many other casinos this one does lack a few things. Here are some of the aspects we consider pros and cons.

Will I need a membership to play games at the Vic?

Yes, it’s common for a casino in the UK to require that guests have a casino membership. However, with The Vic, you can sign up and have a membership within minutes. When you arrive at the casino, you will need to visit the reception area for one of the employees to walk you through the process.

How many slots will I find at the casino?

There are 40 slot machines available and they are spread throughout the casino. These titles range from classic slots to newer and more exciting options. The Grosvenor Casino The Victoria also has a fully-packed online casino for players to enjoy. The online casino has many more slots to play from some of the best software providers in the gaming industry.

Can I smoke in the casino?

No. You will need to step outside the casino to smoke but there is a terrace on the premises that have TV screens for entertainment. By law, smoking is prohibited in enclosed public spaces in the UK so smoking while you gamble is out of the question.

What is the legal gambling age at The Vic?

You will need to be aged 18 years or over to gain entry to the casino floor, along with a membership. Before going to the casino, make sure that you have your passport or government ID handy. The security team at the door may need to verify your age before you step into the casino.

Does The Grosvenor Casino The Victoria have a loyalty program?

Yes. You can opt into the Play Points Loyalty Program. Players earn points that can then be spent at any one of the 53 Grosvenor casinos scattered around the UK. You will need to earn points by dining, drinking and playing at the casino. Loyalty members also have the option to earn more points by playing at the online casino. These reward points give players access to tailored and exclusive promotions and can unlock free play bonuses, complimentary beverages or meals among other benefits.

Are there restaurants at the casino?

The dining room at the casino is ready to take your order. You can find meals to your taste with an adventurous menu that you might not find in many places in London. The bar also has a snack menu if you are feeling a bit peckish. The coffee shop also has some options to purchase a snack.