Twickenham Rugby Stadium is set to host what will be the largest responsible gaming event this November. The initiative will be hosted by the ERG (European Research Group) from the 7th right until the 13th of November. The weeklong program will involve some of the biggest names in the industry. Both the ERG and UKGC preparations have been detailed with the inclusion of televised broadcasts, as well as expert promotional material that is set to support online casinos, as well as players of course, in a continued effort to support and maintain responsible gaming. This includes a separate website that is encouraged for online casinos to use as a resource to help highlight responsible gaming on their own sites. There will also be training sessions and workshops led by GamCare and YGAM that will mainly focus on educating those in professions that directly work with children in an effort to showcase the adverse effects of the slippery slope of problem gambling. These training sessions will be organised by GamCare across various locations across the UK to reach as many people as possible. 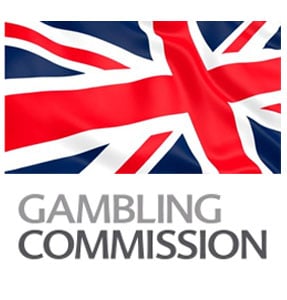 It is required to hold a UKGC (UK Gambling Commission) license to operate within the UK, although the license was also extended for international use for casinos to operate under in regions where online gambling is legal, yet have no commission or legislation of their own. Canada is a prime example of this and big name casinos who have made headways in the Canadian market, such as Casumo and LeoVegas will be in attendance, amongst many other big brand online casinos and game providers.

Detailed information can be found about the campaign on the initiative’s dedicated site that highlights just how important it is for the UKGC and the industry at large at what effective means of communication and education can provide in order to enhance player’s gaming experience, while mitigating the risks that can lead to problem gambling. It is a shining example of what other licensing bodies and regions should aim for, when it comes to entertainment working together with education and support.

One issue that is likely to rise will be relating to another article previously posted in our ‘News’ sections, which is the regard of video game lootboxes and whether they should be classified as gambling. We highly recommend that you read the article “Canada - Still no plans to regulate video game lootboxes as Gambling” that goes into much greater detail. However, to briefly summarize; lootboxes are items that can be bought with real money currency for in game items such as graphical cosmetics and in-game items. Canada currently has no legislation as to whether lootboxes should be considered gambling, as Canada still has yet to make united stance on the realm of online casinos and gambling in general. The UK however will however likely review their previous legislation, as lootboxes have fallen through a loophole under the definition of a prize, since you always receive an item, whereas in gambling you may well receive nothing for your stake. The fact that The UKGC and GamCare have made strong inititives towards protecting minors from gambling and the fact that many video games that feature lootboxes are highly popular with said minors will probably lead to new legislation being formed in the near future.

More About Responsible Gaming, The UKGC And GamCare

The UKGC is well known throughout the industry and most within the industry will tell you that it is the strictest and most stringent licensing body in the world, when it comes to; protecting problem gamblers, minors, punishing unethical marketing tactics and for their vigilance and diligence in their oversight of online casinos that hold their license. Therefore it can be said that it is in a player’s interest to look for casinos that hold a UKGC license. While other regulatory bodies, such as the MGA (Malta Gaming Authority), also does a fine job in all the above mentioned aspects and should certainly not be overlooked for its values and commitments to upholding the highest of industry standards, it does seem that the UKGC has gone the extra mile, especially with this upcoming Responsible Gaming Week campaign.

Originally established back in 1997, GamCare is a UK based independent charity and support network developed to help those who are at risk or have been classified as problem gamblers. The organisation has many resources to help inform and support gamblers, with even going as far as having their own 24/7 free-phone number available for people residing in the UK, as well as a live chat service and forums. This is in addition to the multitude of support centres dotted all over the UK, where people can visit for information and confidential support on a face-to-face level by trained professional or even via officially approved courses.

All in all, if Canada is ever to form a proper, cohesive and supportive attitude towards online casinos and gambling, the UK stands as a prime example of the amount of effort, vigour and attentiveness that a properly constructed licensing body and legislation can achieve. While gambling is certainly a form of entertainment and should always be viewed as such, it stands to reason that the Canadian government could do more in ensuring that the residents of Canada can play legally and safely, knowing that legislation is in place to support and protect them. This isn’t even to mention the tax benefits that the formation of the UKGC have garnered the UK.