Conversely, DraftKings inaugurated its official sports betting operation at Foxwoods Casino. Mohegan Sun has a provisional sportsbook available through FanDuel, but seven Winners off-track wagering facilities are also accepting wagers. Bets at Bobby V's in Windsor Locks and Stamford, and also five other sites, are overseen by the Connecticut Lottery as well as the SugarHouse Sportsbook. The state lottery can still add more retail shops in the future.

The Complex Path to Legalization

Cathy Osten, state senator, has been working for several years to introduce sports wagering to Connecticut. Nevertheless, it was not without difficulties. Fellow politicians, the state administration, and companies such as MGM have all obstructed the process.

SB 21, which would safeguard the two tribes' sole rights over gambling games which also extend to sports betting, was introduced in 2020 but never got past the public review stage. Fortunately, fresh attempts in 2021 were able to produce positive results.

The signing of fresh tribal gaming agreements with the Mohegan and Mashantucket Pequot nations in 2021 was a watershed point in Connecticut's legal sports gambling. The path to Connecticut sports gambling regulation was open once Gov Ned Lamont inked the new deals and they were confirmed by the state assembly.

That journey had been difficult and riddled with impediments up until that time. There were preliminary discussions in 2018, the United States Supreme Court has ruled the PASPA Act unconstitutional. There was little movement in 2019, and a pair of sports betting legislation introduced the next year failed.

The nations now own the state's two largest land-based casinos as well as two-thirds of Connecticut's regulated online sportsbooks via agreements with DraftKings and FanDuel. The provincial lottery, in collaboration with SugarHouse, operates the alternative online option.

Three online sportsbook firms are now permitted under Connecticut law. SugarHouse Sportsbook, FanDuel Sportsbook, and DraftKings Sportsbook are the options. These operators must be partnered with a land-based casino that is owned either by the state lottery or one of the two tribes in the region.

The Best Sportsbooks in the State

When it comes to the "best" sportsbooks, there are only three available options, which would seem like a major shortage, but compared to other regions that are oversaturated with sports betting options, these are enough.

After the authorization of online betting, there's been a fierce rivalry for the last CT sports betting permit. More than twelve sportsbooks competed for the permit, which would be managed in collaboration with the local lottery and was obtained by SugarHouse Casino. This Rush Street Interactive (RSI) brand is currently available in three regions. It has a narrower range than its two CT competitors, but the lottery's support is a big benefit, as does the SugarHouse sportsbook's competence.

SugarHouse has a plethora of appealing functions. It boasts an intriguing loyalty program, a mobile application that resembles any of its competitors, and novel incentives like the jackpot parlay. RSI, in collaboration with Sportech, will ultimately have 15 commercial sports betting sites throughout the state. The Lottery/RSI agreement is for ten years, with the business opting to utilize its less well-known SugarHouse Sportsbook label in the state rather than its more well-known BetRivers identity.

FanDuel, very much like long-time DFS rival DraftKings, has used its strong DFS reputation to climb to the summit of the American online gambling tree. It has grown deftly and quickly to produce and perfect superior sports betting services in Connecticut and abroad. FanDuel formed a collaboration with the Mohegan community and is the driving force behind the Mohegan Sun Casinos renowned retail sportsbook, including its mobile and online offerings. Whichever sport you choose to bet on, FanDuel is sure to have it covered.

This is a provider that checks all the boxes for online sports betting, with a wide range of market sectors, there are more than enough in-play and live broadcasting options, and frequent promotions. All of these elements are appealing to both rookie and expert bettors, and they are accessible via the well-renowned app and also the site.

FanDuel (and other DFS providers) will now require a permit to provide Daily Fantasy Sports underneath the new rules, thus it is not surprising that they will rapidly move to access the sector. It was either forfeit DFS in the region or keep their DFS privileges while gaining sports betting and online gaming. The decision was simple, and FanDuel now sells all of its services in Connecticut.

In late 2020, Foxwoods decided to collaborate with DraftKings to offer online sports betting through Mashantucket Pequot-owned facilities. This arrangement preceded state approval, but earlier remarks imply that the tribe no longer believed the region had any voice in the subject, even threatening to withhold payouts from slot profits to the region. They desired sports betting and received it.

It is unclear if the pact was meant as an ultimatum or even a harsh warning of the significance of tribal money in the region, however, the Mashantucket Pequot certainly took their independence seriously, stating a wish to "defend themselves". DraftKings has positioned itself as a leader in the American sports gambling market. It benefited from the great profile it had among sports enthusiasts as a result of its accomplishments in the DFS arena in this regard.

However, this should not draw attention away from the excellence of their Connecticut sportsbook product. DraftKings is notable for the way it customizes betting chances for participants, in addition to the user-friendliness of its digital platforms. It also offers a diverse selection of sports, markets, and incentives.

The Most Common Sports to Bet On in CT

Nearly half of the regions in the United States lack a big four franchise for local supporters to root for, and CT is one of those. Nevertheless, sports fans may cheer on multiple top-tier professional clubs in the area, as well as several exceptional collegiate programs.

Since 2017, DFS games have been entirely legal in CT, and many individuals appreciate the ability to interact with the industry's major companies. The reality is that casino tribes currently oversee DFS activities in the state, though this has raised concerns.

FanDuel surrendered its permit in February 2022, claiming that new state laws made it unable to operate. It stated that due to improvements to its gaming system, the DFS games will be inaccessible in CT until at least the beginning of the 2022 football season.

Baseball continues to hold a particular place in the hearts of classic American sports fans. It has a significant reputation throughout the season and then all the way towards the World Series due to its extended regular season, the vast quantity of games, and abundance of stat-driven options for in-play betting.

Many CT residents support the Red Sox, who have won four World Series ever since the "Bambino's Curse" was removed in 2004. Others, but on the other hand, are lured to NY by the existence of arguably the most renowned name in American sports - the Yankees.

Football is the most popular sport in the United States in terms of spectator attendance, commercial prosperity, and betting activity. When a big match day occurs, the wagering handle increases significantly, and the Super Bowl final is said to be the biggest yearly betting activity on the athletic schedule. This is a discipline that lends itself well to substantial in-play betting.

Connecticut residents naturally support the New York franchises, the Jets and Giants. Nevertheless, many people in the state's east support the Patriots, who have had a lot of success over the years. 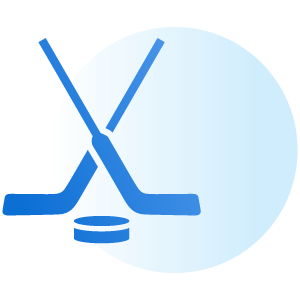 Hockey is now a truly coast-to-coast game, with teams spanning the United States. Ever since the Whalers stepped away in 1997, Connecticut hockey supporters have had no franchise to root for. They are, nevertheless, close enough to track the exploits of the Bruins or the Rangers.

Hockey is a game that lends itself well to in-play gambling, with a long season culminating in thrilling Stanley Cup championships. In addition to the greatest NHL action, leading bookmakers allow CT sports betting aficionados to participate in events in Europe's best leagues.

Soccer is by far the most famous sport, and the popularity of Major League Soccer has raised its visibility in the United States in recent times. The existence of two clubs, the NY Red Bulls and NY City FC, in CT generates a great deal of attention in the region.

The quality of the sportsbooks running in CT contributes to the quantity of CT online wagering on soccer. DraftKings and FanDuel both provide extensive coverage of the finest domestic competitions in South America and Europe, as well as renowned international competitions like the World Cup.

Several Connecticut colleges and universities have teams competing at the top level of collegiate baseball, ensuring a high degree of excitement and backing for their achievements. In the Constitution States, the Fairfield Stags, Yale Bluedogs, and the UConn Huskies are among the top teams.

Unfortunately, CT legal sports betting firms are only capable of offering odds on those clubs' games on a very limited basis. CT sports betting laws indicate that you can only wager on teams from the state while they are competing in collegiate events. This implies that betting on specific matches, or even just player props, is not permitted.

Sports betting on collegiate games is strictly prohibited in CT. You may not wager on an activity involving a team from the state only if it is part of collegiate competition. That implies no bets on individual games, let alone team and player props.

This is unfortunate since the Huskies men's football squad draws a lot of attention for its titles within FBS, the top level of collegiate football in the United States. The Blue Devils, Pioneers, and Bluedogs all have squads within FCS, the following level below, and are well-known in CT.

In CT, collegiate basketball is immensely popular. Many programs have squads in the NCAA's Division I hierarchy. They also include CT Huskies, who serve the University of CT, abbreviated as UConn. The Huskies earned the 17th seed in the NCAA men's tournament in 2022, however, they were upset in the opening stage against New Mexico State.

Such teams should pique the curiosity of CT sports betting lovers, but the rules governing college sports wagering are stringent. You can bet on Connecticut college teams only when they are competing in a collegiate event, including March Madness. Single game and prop wagers are not permitted.

Despite the fact that there are just three online bookmakers in CT, sports betting has delivered some spectacular outcomes since it went online. Let's take a look at a few of the facts surrounding Connecticut sports betting.

The CT Lottery is allowed to issue 15 land-based sportsbooks. 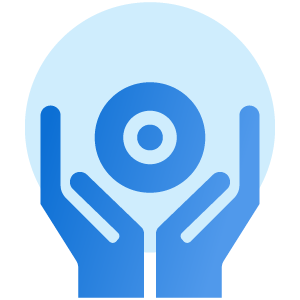 The minimum age for sports betting is 21. 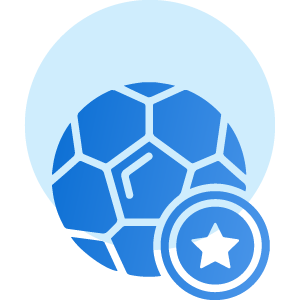 The first 20 days of sports betting in the state saw a handle of $54.1 million.

Connecticut residents have only three bookmakers to choose from when it regards online sports wagering. However, it is critical to choose the perfect place for you. In addition to your preferences and betting strategy, the sportsbook in consideration should be evaluated on a number of additional criteria. Fortunately, the options in CT are the best that's around and it's very easy to see why players continue to flock to these sites.