What Does Virtual Reality Mean for Online Gambling? 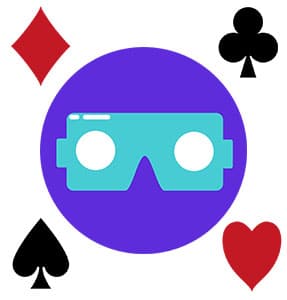 Top spenders at online casinos, more commonly referred to as ‘high-rollers’ are appearing to be setting the trends for the future of online gambling. It is no secret that there is a top percentile of players that are top earners for casino sites, however recent findings show that there is to be a staggering rise of 800% with regards to Virtual Reality (VR) gambling thanks primarily to the adoption rate of these high-rollers. A forecasting study concluded that 2021 will see approximately $520 million (Approximately C$679 million) on bets made exclusively in VR related gambling.

As most online casinos have heavily invested in creating and optimising their platforms for mobile devices, the next leap appears to be based on the VR platform. VR headsets and the accessibility of having one’s own home kit has drastically increased in recent years, as hardware prices have become more affordable, along with the fact that more products have become available in both the educational and entertainment sectors. Since the concept of contemporary VR headsets were first introduced, there has been a clear and growing demand in people wishing to experience and own such state of the art entertainment appliances. As the technology and adoption rate is still in a relative state of infancy, most online casinos have not appeared to showcase any moves towards VR gambling as of yet, but this may well change, due to the above mentioned approximations and with regards to high-rollers being the biggest trend setters for an online casino’s future priorities and developments.

As many VR devices are smartphone compatible, becoming more affordable and being introduced by competing tech giants; it appears that the industry will be a continual and expansive environment filled with healthy competition amongst various tech giants. VR is also multi-purpose and has primarily been adopted amongst video gamers and educational institutions, which gives the technology the legitimacy to be a continuously applicable concept.

Facebook, Sony, Samsung and Microsoft are just naming some of the tech giants who have invested heavily in the industry over the past few years. Within the gambling industry, it is again the big players who seem to have set their bets on VR taking off, with Netent, Microgaming and also Innovecs, who made a continuous impression on what to expect from the VR gambling market in the coming years. ICE is a yearly business-to-business event hosted in London every year mainly dedicated to casino affiliates and industry leaders to network and showcase their latest innovations.

While ICE 2019 saw a decrease in the amount of VR exhibitions, Innovecs continued to maintain their standing with regards to seeing VR as an important evolution in the world of gambling, along with their already proven game design, as well as 2D and 3D animation capabilities that have previously been collaborated with key partners such as NeoGames and Gameloft. So, while ICE London has always been one to watch for what to expect in the coming years for the gambling industry, 2019 saw more of a focus on the tried and tested slot concepts, rather than the previous year’s massive focus on VR and Blockchain leading to expectations of the two being major trends.

A Brief History Of Virtual Reality

VR was first brought to the general public’s attention back in August of 2012 by the then independent company Oculus Rift. This was brought to light by their hugely successful Kickstarter campaign (A platform that allows for individuals to invest funds towards in-development projects), which saw public funding reaching $2.5 million (Approximately C$3.2 million) from independent backers. Two years later and with continuous updates, Facebook bought up Oculus Rift for a staggering $2 billion (Approximately C$2.6 billion). 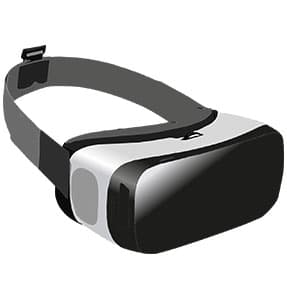 The headsets were updated and brought out to original investors in development kits known as DK1 and a further updated with DK2 in 2014, which is what most likely sparked Facebook’s huge interest in the intellectual property. The purpose of these kits though were for development studios to create content for the hardware, while it seems that it is speculated that most kits were actually snatched up by early adopters, who simply wanted to try out the technology without any real emphasis on creating anything for the platform. It’s clear to see that this has done little to hinder the developments of this new innovation, as is made clear by other tech giants, such as those already mentioned above and many more already developing and releasing their own appliances, such as Sony’s Playstation headsets.

So, VR was already on the radar of many of the world’s largest tech companies for many years now. It is actually not all that new of a concept for online gambling either. The aforementioned ICE convention had showcases of the technology applied to gambling games back in 2016. Netent had created their own game to showcase for the event then with ‘Jack’s VR World’ that was used with Samsung’s Gear VR headset. This was essentially a slot game that was an expansion on their already hugely popular traditional slot game ‘Jack and the Beanstalk’, although with more interactive and visual elements for the player to experience.

2016 also saw Microgaming present their own take on VR gambling in the online casino space with their take on focused more on the live casino aspect of gambling. Using Oculus Rift’s DK2 kit and Leap Motion’s hand tracking technology, players were able to play at a Roulette table in an entirely VR space, where they were able to interact with the game via the hand tracking application.

With all being said, as VR is now reaching to be a decade long development process that has gone from being an exclusive device for affluent early adopters and development studios, it is evident that more and more devices are being seen in people’s living rooms, along with a huge outpouring of VR capable video games. If forecasts are to be believed and adoption rates continue on this current trend, it is very likely that 2020 will be the year where online casinos really start to take more of investive action towards VR gambling.