What Is The Difference Between Games Of Skill and Games Of Chance?

The defining difference between what makes playing a game and gambling on a game is whether it can be categorised as skill-based or based on chance. Gambling has always come under the categories of games of chance, as when you sit at the Blackjack table or take a spin on the slots, there is no matter of practice, experience or expertise that can influence the overall outcome of each round. While more seasoned players can take into account factors around the game, these elements can still be contradicted by each individual outcome. The actual activity of sports and physical competitions, as well as Esports, rely on training, disciplined regimes and personal prowess that are the aspects inherent in games of skill.

There are however games the games that sit on the fence of the two categories mentioned above. Card based games such as Esports’ Hearthstone (A digital collectible and competitive card game) and more prominently Poker rely on card draws that have random elements outside of the player’s control, yet still require knowledge, practice and strategies identifiable with games of skill. The difference here however is that Poker has an entrance fee to play, which does make it swing more towards the gambling side of the boundary.

This is a particularly contentious topic in the US, as most states have outlawed online gambling activities and this difference and definition of skill and chance have faded the boundaries of what is considered legal and what is not, something we’ll talk more about further in this article.

Atari’s Founder In Collaboration With ‘Skill-Influenced’ Casino Based Games

Atari is a legendary games developers who were debatably the kings of the video gaming industry during the 1970s and 80s. Now one of its co-founders Nolan Bushnell is back in developments again, but this time in partnership with Synergy Blue casino games providers. Bushnell most famous for his development lead in the foundations of the video gaming industry with Pong and the Atari 2600 gaming systems and the entirety of games development owes him so much for what he and his co-founders of Atari accomplished way back in 1972. 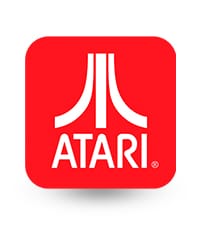 Bushnell was determined to make a comeback into games development, stating: “I love to design games,”

Showcasing his passion even further with this quote:

“It’s interesting. I had a career in which I kept being pushed into the CEO role, and what happens when you’re CEO is as the company gets big, you’re spending all your time with accountants and attorneys. And they’re not nearly as much fun as the engineers and the artists.”

Georg Washington, the CEO of Synergy Blue was quoted as saying also appears to be truly appreciative of the partnership, as he has noted that Bushnell’s involvement and experience have been of great value with aspects such as taking into account graphics and user interfaces that would be accessible for as many people as possible. Colour Blindness for instance, affects approximately 4.5% of the world’s population and the CEO reportedly made mention of Bushnell noticing that changes in developments needed to made to cater to people affected by such conditions.

Georg Washington also made clarifications on the developments on the ‘skill-influenced’ games that are being made:

“Naming what we do as skill-based gaming is just a terrible idea,” Washington said. “We are skill-influenced. So we’re really chance-based with skill influence. No different than video poker or Laguna Beach back in the day, which predates your video poker.”

Is Fantasy Sports Really Skill Based? A Big Question In The US

Here is where the waters begin to get murky on the matter of the differences between games of skill and games of chance. DraftKings and FanDuel are the largest providers and are both multibillion dollar enterprises, which are available and open to Canadian players, have been scrutinised under allegations of exploiting a loophole in the US Unlawful Internet Gambling Act of 2006. As fantasy sports started as a modest competition between smaller communities and co-workers, as a fun activity to get people socially involved with one another, the law made no mention of whether fantasy sports were legal or illegal. Many online fantasy sports have therefore taken advantage of this, particularly in states where online gambling is prohibited. While many lobbyists and representatives of these companies state that it is a game of skill, it therefore should not qualify as gambling. 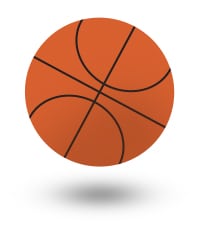 What makes this seem a little far fetched though is the aspects that are taken into account when engaging in fantasy sports activities online is that there is an entry fee, which naturally all forms of gambling entails. Furthermore, FanDuel’s current CEO Matt King was quoted in a TV interview stating that fantasy sports is an “Entertainment Product”, which gambling is also technically defined as. DraftKings even has a UK gambling license to operate in the country, which again makes it seems rather contentious as to whether it should be classed as a game of skill or chance. Other similarities include welcome offers much akin to contemporary online casinos with promotional codes and welcome bonuses for new participants.

In 2015 it was reported that 91% of profits won during the year’s mid-season was won by the top 1.3% of players. Examples of those few winners were reported as using a high degree of computing skills and complex mathematical algorithms to predict outcomes, even going as far as to take into account weather reports and other external factors for each and every player and match in a particular league. It was also reported that 85% of players lost money overall in partaking in fantasy sports. It should also be noted that DraftKings and FanDuel both have large investments in partnership deals with several sports leagues, such as the NFL, as well as large US TV networks with strong emphasises on TV advertisements and again in 2015 DraftKings were the main sponsors of The World Series of Poker for that year.

So the question is; are the differences between games of skill and games of chance as clear as they should be and whether North American gambling legislation needs an update on its position on the matter. Canada remains mostly a greyzone for online gambling, but this may well change in the coming years.