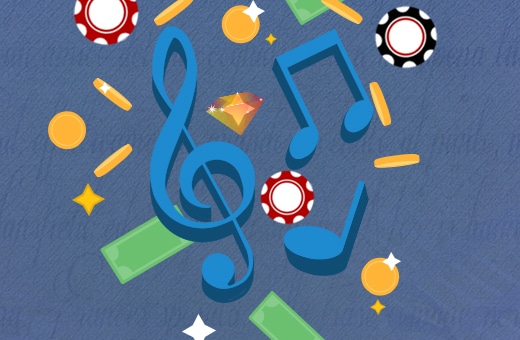 It’s hard to imagine, but would you believe that the worlds of classical music and gambling have a lot of similarities. Those Canadian players that have a love of old composers and their music will be fascinated to learn about the music that was inspired by gambling. CasinoTop takes a look at some interesting classical works that were created for gamblers.

Music plays an integral role in gambling, adding another dimension and creating an even more enjoyable experience. Classical music may not be for everyone, however, it can create a dramatic and exalting environment that brings excitement and drama like no other form of music. If you haven’t heard any of these pieces before, now is the time to try them out for yourself.

The Gambler opera by Sergei Prokofiev

This four-part opera was composed by Sergei Prokofiev, a Russian Soviet composer, pianist and conductor. Based on the novel, also called the Gambler, which was written by Russian novelist Fyodor Dostoyevsky, this opera was first performed in Brussels in 1929 even though it had been written 13 years earlier. It’s set in Germany and describes the turbulence surrounding a complex love story describing the greed, and obsession of great casino victories and crushing losses.

The Queen of Spades by Pyotr Ilyich Tchaikovsky

This is a classical piece based on Alexander Pushkin’s book also called The Queen of Spades. This 7 scene operatic work of art is set over 3 acts and is said to be Tchaikovsky’s crowning glory. He composed it in 1889 with the help of his brother and it was premiered in St Petersburg the following year to much critical acclaim. It’s an unfortunate tale of love and unsuccessful gambling, where the lead performer sings throughout every one of the 7 scenes.

Jeu de Carte is translated as ‘Card Game’ and is a beautifully composed ballet by the genius Stravinsky back in 1937. The ballet premiered at the New York Metropolitan Opera House with Stravinsky himself conducting. It’s an example of the neoclassic aesthetics of the 18th century, showing harmony and balance. This ballet is set over 3 scenes, or 3 deals, as he refers to them. The setting is a poker game and the characters in the play are the face value of a deck of cards, such as the Joker, the Ace and the Queen. Although the composer was not a gambler or poker player himself, the story’s ending is how the joker’s straight is ultimately beaten by a royal flush.

This modern musical theatre compilation of William Bolcom’s work, in collaboration with Arnold Weinstein’s witty lyrics, is a beautiful and serene nature-inspired tracklist of many compositions that enchants the minds and hearts of its listeners. A dark comedy about the conflict and relationship of a casino tycoon and his son. It is a well-known and loved body of music that has been associated with the gambling world since it was composed in 1990.

As a sidebar to these musical compositions about gambling, we should also mention the composers themselves who used to love gambling some of whom got themselves into some difficult fixes. Wolfgang Mozart was known to be an avid gambler who was always in debt, spending most of his earnings paying his creditors.

Gioachino Rossini was more successful when it came to gambling as he successfully managed a casino in an opera house. How’s that for combining his two greatest passions! It was a perfect combination where people could come for the ultimate evening of entertainment watching and listening to opera and partaking in some gambling.

Paganini was an Italian violinist, violist, guitarist, and composer and ran up so many gambling debts that he had to sell his violin to pay for his bad luck at the gambling tables. So next time you’re playing your favourite games at an online casino, put some classical greats on your sound system and listen to these gambling musical masters. You may just discover a passion for opera that you never knew you had.