Why Are Cryptocurrencies Becoming Popular With Online Casinos? 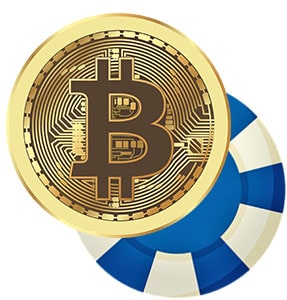 Starting back in 2009 with the advent of Bitcoin, cryptocurrencies saw a massive boom over the past decade that has only recently started becoming popular with online casinos. There are a variety of cryptocurrencies available now for transactions such as Litecoin, Ethereum and the top of all variations that started it all, Bitcoin. As of writing a single Bitcoin is valued at C$12,248, but back in December of 2017 they were valued at over C$26,000, reaching an all time high. This monumental leap in value was mainly due to big time investors and the major media coverage it received, as well as the benefits that were showcased with the blockchain technology providing the foundation that these new forms of currency were created around. There has since been a decline in the value, due to many Bitcoin owners crashing out after this monumental growth, since each Bitcoin was originally valued at around C$0.10 when first made available.

Back in the beginning cryptocurrencies were seen as a novelty and a fad that would quickly die off, but there is still a great deal of potential from them, mainly due to the blockchain platform they are built on, which essentially allows for confidential transactions to take place, where your actual personal details are encrypted and replaced with a user ID for each transaction you make. The information is then stored in digital ‘blocks’ that are chained together over a network, which makes it nigh on impossible to trace back to a single source.

These new forms of digital currencies are not tied to any bank or nation and come in a finite amount, where Bitcoin for example has a hard cap of 21,000,000 units of currency that is available to the entire world. The fact that there is no interference of transactions on a federal or banking level, this has made the format extremely popular amongst those wishing to make transactions online, as the anonymity and security that the blockchain technology provides are very attractive benefits for many, especially for online casinos and their player bases it would seen, given recent trends.

Much scepticism has been covered on the matter of cryptocurrencies, as we already mentioned people first thought it was a scam or novelty designed to essentially convert your conventional funds into a short-sighted venture. The past decade has proven that this is not the case, but now the concern is focused on the fact that blockchain technology grants a high level of anonymity on online purchases, which some have claimed help fuel and fund illegal activities.

As online casinos and gambling are not illegal in Canada, as there is no current nation-wide legislation to state otherwise, many players have used cryptocurrencies simply as an alternative way of funding their gambling activities. Oftentimes in many regions and banking institutions, there will be some sort of bureaucratic issue or delay when attempting to deposit at an online casino, which cryptocurrencies circumnavigate, letting players get straight into their gameplay.

While the blockchain technology that cryptocurrencies are built on are touted as being the most secure payment method available today, there have been notable instances where things have gone awry, where hackers have managed to steal thousands of dollars worth cryptocurrencies from gambling applications. We reported recently on one such case, titled “Latest EOS Gambling App Hacked Losing Over C$30,000”, which you can find in our ‘News’ section. This occured on the decentralised gambling application SKR and is not the only instance of such events occurring. The hacker successfully hacked the application, however it must be said that independent users of the currency and application were not the target.

So, there certainly seems to blindspots in the technology at this current state, but it is also worth mentioning that major corporations such as Google, Playstation and even the US Pentagon have been hacked in the past, essentially proving that there is no such thing as too much security when it comes to online networks. Regardless, blockchain and cryptocurrencies in general have proven themselves to be reliable and secure for individual users of what could be the replacement of conventional currencies. One thing is for sure, you will most likely be seeing cryptocurrencies casinos, slots and online casinos supporting the various incarnations of this relatively newly adopted technology.