Why are Sports and Casino Slots similar?

The title of this article might seem strange to you, because you may be wondering what commonalities casino slots and sports have. Well, you may be surprised to find out that they actually have many similarities and we are going to tell you why. I guess the first and most obvious one is that many people love both sport and slots, and with both these different things, each one of them has multiple varieties and people have widely differing preferences. For example, some of you might be avid rugby fans but not too keen on basketball. Then there are those that love a good sports slot as opposed to a medieval Viking one.

Why is one sport more popular than another?

Sports means different things to different people, some were brought up playing or watching a particular one, like dunking basketballs in the driveway, or going to watch a baseball game every weekend. A family outing where people actively participated as fans supporting their favourite teams. Some people have gone as far as making sports their career and becoming professional athletes.

There are obviously the all-time favourites, like Soccer, Cricket and Hockey, which are the top 3 most popular internationally. In Canada, the top 3 are American Football, Soccer and Basketball followed closely by ice hockey and other ice games. The things that contribute to a sport’s popularity is firstly the size of the audience and fan base around the world. Then comes the size of their following on TV and other media networks, the number of international games and competitions and also how many people around the world can access them. Keeping these things in mind, here are the top 10 sports world-wide, starting from number 10.

Golf is definitely most widely followed in North America, Western Europe and East Asia with an approximate 450 million fan base. Golf dates back to the time of the Romans, however, it was a far cry from the game it is today. It consisted of hitting a ball stuffed with feathers with club-shaped tree branches. There was also a form played in the Chinese Song Dynasty during the years 960 to 1279. The actual roots of the game we play today can be traced back to Scotland in 1457. Golf later became a favourite form of entertainment in Great Britain in the seventeenth century.

Although Rugby is mainly played in the Commonwealth countries like United Kindom, Australia, South Africa, New Zealand, it has grown to include many other nations like Italy and Argentina who participate in the rugby world leagues. It has an impressive number of fans of almost half a billion. The game is a contact team sport that originated in England in the early 19th century. There are approximately 3,560,000 registered players and 180,630 clubs worldwide. It started back in 1823, however, it dates back even further to medieval times.

Baseball is an American game through and through, however, it has also become hugely popular in countries such as Canada, the Caribbean, and Japan. It dates back to the early part of that 19th century in small towns throughout America where teams were formed, then baseball clubs popped up in larger cities. In 1845, Alexander Cartwright formalized the rules and much of that original code is still as it stands today.

Basketball was invented in 1891 in Springfield, Massachusetts by Canadian physical education instructor James Naismith. It was deemed a safer sport than football resulting in far fewer injuries. Today, with a fan base in excess of 800,000 the game is played professionally and socially in many countries around the world.

Ping pong, as it’s also known, had a humble start and could be played by anyone with a ball, paddle, and a table. It started back in 1880 when the players of lawn tennis figured out a game to be played indoors in the cold winters. Today it is a hugely competitive sport that is particularly popular in Asian countries like China and Korea and also in Sweden.

With almost a billion fans around the globe, volleyball is indeed widely loved by players and spectators alike. It’s mainly played competitively in Brazil, North America, Europe and Russia.
Invented by William G. Morgan in the United States in 1895, it was originally a quirky combination of basketball, tennis, handball, and baseball, but today it has evolved into the modern game we know and love so well.

With about 1 billion fans the world over, Tennis, earns its place as the 4th most popular sport in the universe. France made tennis the sport it is today, however, its history is said to date back to the early Egyptian, Greek and Roman times.

Field hockey has many similarities to Ice Hockey and is incredibly popular, with nearly 2 billion fans around the world The main places this sport is played competitively are Europe, Africa, Asia, and Australia. Hockey dates back to the 19th century and is very closely aligned with the game of soccer, the obvious difference being that the ball is moved around with a stick rather than the player’s feet.

2.5 billion fans is no small feat especially when the main countries where this sport is loved, watched and played is Australia, India, Sri Lanka, Bangladesh, Pakistan, South Africa and of course England, where the game originated in the 16th century. The aim of the game is to score the most runs, and one game can be played over several days. 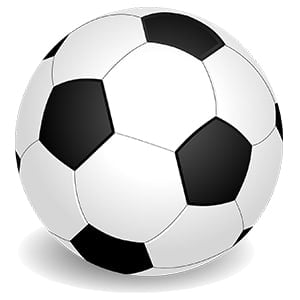 Well, soccer had to be number 1, with more than half of the world’s population following this legendary sport, that’s about 4 billion people across the universe! This amazing sport has its roots as far back as the 2nd century China with other countries like Japan, Greece and the Roman Empire having their own variations of the sport.

So which is your preferred sport? Is it any of the ones mentioned above? Whichever sport you love or even play, you’re sure to find some great sports themed slots at your online casino to give you inspiration. Next time you’re logged in to your favourite casino site, take a look for them, and happy gambling!