There’s nothing quite like winning a long-shot bet and for two English rugby fans, those winnings are the cause of a dispute with bookmaker William Hill. The bettors are arguing that they made their wager fair and square, something which William Hill says should not have been allowed in the first place. With thousands at stake, this is definitely a fight worth fighting. 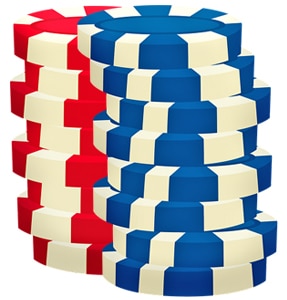 The story begins about nine months ago when Kris Shenton and Gary Smeaton, best mates and huge rugby fans, decided to place a double accumulator bet on their beloved Salford Red Devils team at the Swinton branch of William Hill.

Each of them contributed £50 on a two-part futures bet. They bet on the Salford Red Devils making it to the top five team in the Super League, with a record of 8-1. They then doubled the odds to a 25-1 that Devils player Jackson Hastings would be awarded the Man of Steel for his performance during the season.

The Devils ended the season in third place and Hastings was named Man of Steel. Lifelong Salford supports, Shenton and Smeaton were over the moon and quickly turned to William Hill for their payout of £23,400, around $30,250.

William Hill apparently saw things differently, citing an instance of ‘related contingency’. This term is used to describe situations where if the conditions for one wager occur, then the second wager is more likely to occur, thus shifting the odds. William Hill argued that the Salford Red Devils’ performance, which was good enough to land them in the top 5, would influence the decision to recognise Hastings as the top player of the season.

The bookmaker says that the bet should not have been accepted in the first place and was a case of human error on the part of the William Hill rep who accepted the wager. William Hill has offered an apology but also said that it would consider the futures bet as two single bets, each worth £50. The resulting payout would be just £3,400 - a far cry from the £23,000 of a double bet win. 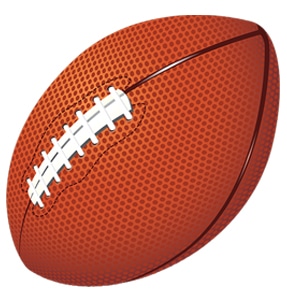 With such a large sum on the line, Smeaton isn’t about to give up his fight for justice. He posted a picture of the betslip to his Facebook page, which clearly shows that the double bet was accepted at a William Hill shop.

Smeaton returned to the Swinton William Hill branch and spoke to the representative who had taken his bet all those months ago. The rep admitted that he ‘must have been half asleep’ when he accepted the wager as he wouldn’t have done so normally. Smeaton argues that this is hardly a valid reason to deny a bet.

He also argues that this is an incorrect use of the related contingency clause. A secret panel of rugby experts decide who gets the Man of Steel award each season and the decision is based only on player’s merits and not the team’s performance or its position in the rankings at the end of the season. One outcome does not affect the other, at least in this case.

Smeaton said, "There is no way I am letting this drop. I have taken it to the Independent Betting Adjudication Service.” The IBAS steps in to offer impartial adjudication when disputes arise between customers and gambling operators, and Smeaton is hoping that he and his friend will get a lot more than a tepid apology and a paltry sum as compensation for William Hill’s oversight.