Another hot topic making international news headlines within the casino gaming industry is Encore Boston Harbor Casino when scandalous news emerged of the company’s president Robert DeSalvio resigning. Naturally, the media has been monitoring the corporate brand and assumptions have been made about the sudden move.

The news came as a surprise to some considering the Wynn Resort has only recently opened its doors to the public, four months to be precise. After some general inquiries were made, it appeared that neither Robert DeSalvio nor Wynn Resorts had any reason to give an official explanation of the president's sudden departure from the brand. And while there are some who are surprised by the sudden and mysterious move, there are others who have expressed their understanding and have even gone as far as saying the move isn’t quite as expected as some had initially thought. There are some rumors surfacing that the company has had an apparent replacement for DeSalvio for the past 8 years, a former employee of the food and beverage trade, Brian Gullbrants.

Meanwhile, Wynn Resorts has been creating a scandalous stir by refusing to comment on the situation. What has further fuelled the stench of scandal is the company’s blatant attempt to divert the public’s attention from the situation causing many to believe this may be a ‘company cover-up’. Wynn Resorts has tried to take the public's attention and shift it by launching a public campaign singing the praises of Robert DeSalvio and his year commitment to the company.

The praises goes on to say that DeSalvio has brought great value to the brand leading up to the grand opening of the $2.5 billion casino located in Massachusetts. Wynn Resorts CEO, Matt Maddox, also threw in a comment saying that former president DeSalvio had added ‘essential’ value to the success of the operator throughout construction and delivered right up to the opening of the casino and entertainment establishment.

What really proves the move from the involved parties could be nothing short of scandalous, is that the move happened only a day after the corporation's decline in revenue was made public. Naturally the media has been running with this information guiding the public to believe there might have been a fallout between the former president and CEO of Wynn Resorts. Others claim they believe Wynn Resorts couldn’t afford DeSalvio and while there may be some merit to these assumptions, only time will tell why the resignation seemed so shady.

While there has been speculation that DeSalvio was forced into the move, Maddox stands strong by claiming the former president resigned of his own accord. Robert DeSalvio had been involved in the construction and development of the casino establishment for over 5 years and the CEO of Wynn Resorts claimed that he was the one to abandon ship due to personal reasons. How the rest of the statement goes leaves the public feeling like the resignation is and will remain the talk of the town for some time to come. 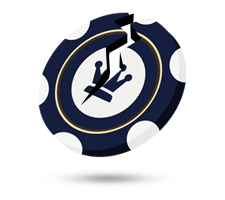 Former Scandal for the Wynn Brand

It would appear that the internationally recognized brand that is Wynn Resorts has been fighting fires for some time now and simply cannot catch a break from the scandal that follows. Not so long ago the company was fighting allegations made against former CEO Steve Wynn where a number of complaints were lodged against him. Of these allegations against Wynn were serious charges involving sexual harassment of female employees. The claims made against the CEO involved various actions that the media had lapped up fuelling the situation that involves the operator trying to maintain its legal license facing legal issues since some employees remain loyal to the disgraced former CEO.

Only time can heal the operator and while the brand continues to fight off scandalous affairs, they still need to improve their revenue income which is hoped to be accomplished through the operation of the Wynn Resort casino entertainment company that has recently opened its doors to the state of Massachusetts. 2020 is hoped to be a better year for the operator however the media will be keeping a close eye on the brand for any more scandalous affairs.