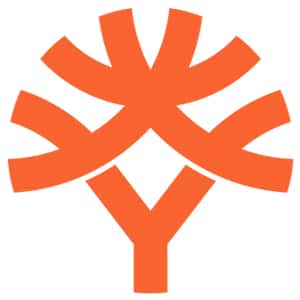 Ho ho ho, innovative games provider Yggdrasil has firmly got into the Christmas spirit with a fun-filled festive campaign that has a total prize pool of €300,000 (just shy of CA$440,000). It is split into four separate promotions that will run one after the other from Monday 16 December 2019 right through to Sunday 12 January 2020. So, if you want to simultaneously end the year on a high and start the new one as you mean to go on, make sure you’re playing at an online casino in Canada that has the fabulous Yggdrasil games in their roster.

Collectively the newly launched promotions are called Yggdrasil’s Christmas ADVENTures – see that they did there? This will be divided into four separate missions involving two prize drops worth up to €50,000 (CA$73,000) and €100,000 (CA$146,000) each respectively, one mission with a prize pool of €100,000 (CA$146,000) and a slots tournament with winners sharing a further €50,000 (CA$73,000). Not bad at all, and you’ve got no excuse to be bored over Christmas, especially when you get to sneak away from time with the extended family!

Head of Player Marketing at Yggdrasil, Ana Georgieva, was excited to get the campaign going. She said: “We’re delighted to announce our festive fun-filled campaign, Christmas ADVENTures. Across the entire period, we’ll be giving away a staggering €300,000 across plenty of Yggdrasil titles, and will bring presents to all those who deserve a surprise in their stocking.” Count us as just as excited about it, Ana! So, without further ado, let’s take a quick look at the running times and prizes available for each of the promotions over Xmas.

First up, the festive frolics get into full swing with the Tis’ the Season Prize Drop worth up to €50,000 (CA$73,000) in total. There are more than 680 fabulous pressies up for grabs when playing Yggdrasil games Aldo’s Journey, Sahara Nights, Trolls Bridge, Tut’s Twister, Vikings Go Wild, Wolf Hunters, Winterberries and the appropriately Christmas themed game Seasons. This part of the campaign will run from Friday 16 December to Sunday 22 December 2019.

Hot on the heels of the first promotion is Sleigh to Hawaii – a €100,000 (CA$146,000) mission with plenty of gifts from Santa and the chance to win a dream holiday for two to Hawaii! This one involves you playing the following games to complete your mission: Valley of the Gods, Vikings Go Berzerk and Vikings Go To Hell. So, make sure you’re at your favourite online casino between Monday 23 and Sunday 29 December 2019 for that one!

Next up, and surely a great hangover cure, is Christmas Crackered – a massive €100,000 (CA$146,000) Prize Drop running from Monday 30 December 2019 to Monday 6 January 2020. Again you’ll need to be playing some of the finest games Yggdrasil has released to date to stand a chance of winning some of that cash, and there’s a prize drop double chance feature!

Last but not least, the 2020 Tournament is offering players a fresh New Year start with a €50,000 (CA$73,000) slots tournie. This time the games involved are Casino Cosmos, Dwarf Mine, Golden Fish Tank and Jackpot Raiders, so there’s plenty to get excited about with this. Just be sure that you play all of the games listed here to enter this cross-title tournament. Also, make sure you’re ready to go from Tuesday 7 until Sunday 12 January 2020 for this one!

Find your perfect Canadian online casino that features all of the Yggdrasil games by reading the review right here on CasinoTop. And get ready to start battling for all of those festive prizes.