When future historians look back to this time in the past, it will likely be noted as the first time that humans have been so connected. This is a direct result of the World Wide Web and social media that has become so commonplace that those who do not make use of these platforms are deemed unusual or old-fashioned. The online gambling industry has grown rapidly over the last few years and has also become a source of social activity by providing a range of online games that can be played between friends on social media applications. These days, you can enjoy lottery, blackjack, slots and poker tournaments via your Facebook, Twitter and other social media accounts. As such, we have created a guide to social gaming to help you learn all you need to know about social gaming such as the pros, cons and which games are most popular right now.

As the name suggests, social gambling takes place between many users of social media applications on platforms. In recent times, gambling operators have realised that social media has presented a huge gap in the market and have worked on filling that gap by launching their gaming creations on the most popular social media sites. This has become a vital marketing tool for many online casino sites and has allowed operators to showcase their services and business to potential members. Up until 2014, gambling games on social media platforms were 100% free. However, as more players became comfortable with gambling rules and games, there was a demand for real money options. Zynga, a well-known gaming developer, then launched poker on Facebook that allowed players in the UK to compete with, and win, real money.

As the most popular social media platform for social gambling, here is some more information on how social gambling works and why Facebook has achieved such success. Firstly, out of all respondents who define themselves as social gamblers, 61% play casino games on Facebook. This is the highest percentage by far with Google+ accounting for 17% and MySpace and Bebo accounting for 15% and 7% respectively.

As the largest social media platform in the world, Facebook is home to a very strict set of guidelines and rules to ensure that their services adhere to local laws. As such, real money gambling titles are only available in specific regions of the world where Facebook has authorized it. This authorization can only be given if Facebook contacts local authorities and their lawyers to ensure that there is a written understanding of the law and Facebook’s actions according to this legislation. Admittedly, there are only a handful of jurisdictions that allow this type of real money gambling in the world. This means that a large percentage of respondents who gamble on Facebook are making use of free-to-play games. The popularity of these free options serves as substantiation for how long operators expect these offerings to dominate for. The most commonly played social gambling games on Facebook are free poker, such as Texas Hold’em, free blackjack and free-to-play online slots. Social gamblers can choose to play against a computer, with their friends or even opt to expand their social circle by playing with strangers.

As its name suggests, social gambling allows you to play with friends, family, acquaintances and even strangers. The social aspect of this gambling form makes it very popular for those who feel more comfortable gambling with those they trust
Social gambling does not require you to spend any real money unless it is allowed in your country and you would like to experience greater risks, excitement and rewards. However, many players have opted to enjoy their games for free and can experience games such as lottery, poker, slots and even specialty games if they are provided.
Social gambling offerings allow you to easily share your success with your friends and family. Regardless of whether you win real money or not, bragging about a win can be fun. All you would need to do is click on the share button and your victory will be displayed on your timeline.
As a result of social gambling allowing you to play for free, many Canadian players have made use of this form of gambling to hone their skills, try new games, become familiar with rules and work on strategies before wagering real money.
One of the best things about online gambling is that you will not be pressed for choice when it comes to the games you are playing. Since social gambling is done online, the same rule applies.

Many of the games available with social platforms have been created by mediocre developers who are looking to break into the market. The lack of experience, resources and fresh ideas could result in a subpar gaming experience.
The real money that social gamblers spend on purchasing in-game currencies and goods can never be returned or reclaimed.
Since you don’t have to spend real money to play with social gambling, you are unlikely to win any real money prizes. While bragging does have its perks, it would be far more rewarding to laugh all the way to the bank. However, many players don’t mind this aspect and engage in social gambling merely for sport.
Despite it being called social gambling, the name is derived more from the fact that is played on social media rather than it being overly social. Certain games, such as poker, will allow you to compete against others but the vast majority of titles allow you to play with friends and family and rarely ever against them.

Before you choose to invest in social gambling activities, consider the pros and cons listed above and be honest about your expectations and requirements of a gaming experience. If you are not looking to win any money and would like to enjoy gambling simply for fun, social gambling could be the correct choice for you. On the other hand, if you are looking for real risk and real reward, a conventional online casino site would be a better option. Here at CasinoTop, we have compiled a list of the best free play and real money online casino sites in Canada today.

In the world of social gambling, four providers have stood out and stood the test of time. Check them out below:

In social gambling circles, this gaming developer is well known for it’s real money poker gaming title. However, Zynga has developed many other Facebook games for social gamers that are equally as popular, such as FarmVille, that have added to its popularity. In 2014, Zynga developed a real money poker application that could be played on Facebook. This app was called ZyngaPlusPoker and was only available to players in the UK. Unfortunately, the real money poker game did not gain much traction and the developer opted to discontinue the game. Zynga currently offers four different social gambling games on Facebook which we have outlined below:

If you love the traditional story that this game is based on then Wizard of Oz slots is sure to be a delight for you. Social gamblers can enjoy the joy of a childhood classic combined with the excitement of slot gaming. There are multiple levels to clear, making this game a must-try for many. 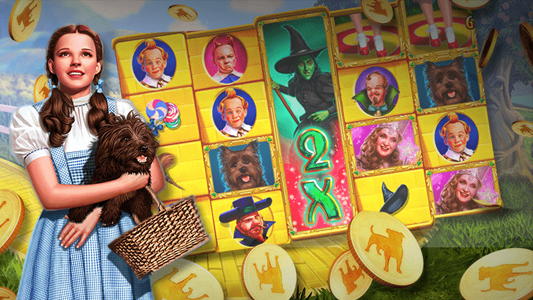 Hit It Rich is Zynga’s dedicated Facebook application that can be downloaded onto your smartphone or mobile device. This means that you can have access to hundreds of free slot gaming titles while you’re on the-go. 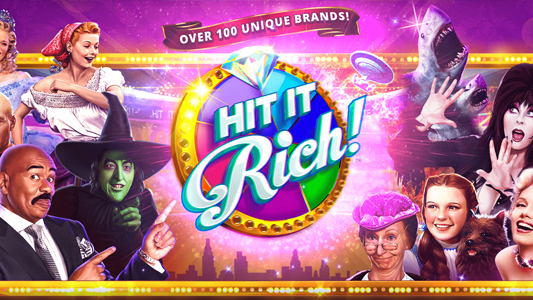 These two separate offers bring Zynga’s players two different atmospheres for playing social, and free, Texas Hold’em games. Players can choose to play single games or participate in tournaments if they so wish. Zynga’s classic poker features the mentioned functionality with the added bonus of a more classic poker experience. 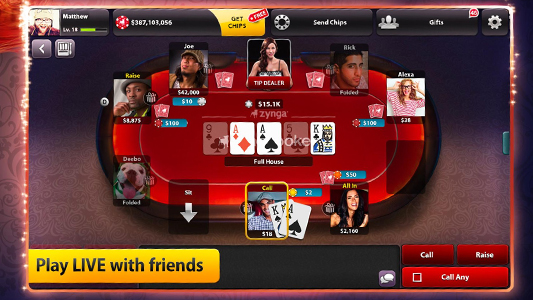 As its name suggests, Slotomania is a social gambling experience that allows it’s 5,4 million users to enjoy hundreds of slot gaming titles. All you would need to do is sign up, by linking your social media account, and you will receive free coins that can be used on any slot of your choice. The developer has even gone as far as to provide a fully mobile application that can be downloaded. This application can be used on mobile devices and provides the freedom to play on-the-go.

If you would prefer to play in-browser, you can do so by logging into facebook and searching for Slotomania. Alternatively, If you have the Facebook application you can play a wide range of Slotomania titles from your Facebook app. 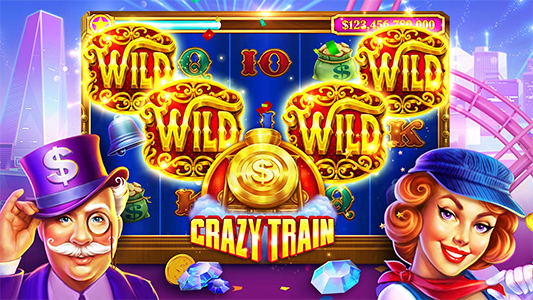 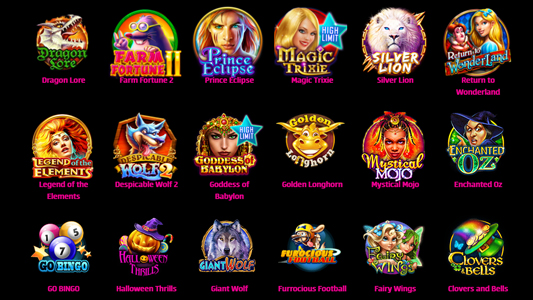 Big Fish casino is not exclusive to social gambling but it does allow you to open up the website and play for free via your Facebook account. At Big Fish Casino, you can enjoy a wide variety of free online slots, card games and traditional table games as well. Members of Big Fish Casino can also take advantage of many great perks such as jackpots, bonuses and free games every day. While players are not required to spend real money and can enjoy the many free options on this app, those players who wish to make use of extra chips can do so by purchasing them. This is why Big Fish Casino provides promotional codes to players.

For players who love discounts, bargains and bonuses, Big Fish Casino is a great place to social gamble. There are daily promotions waiting to be claimed, with these promotion codes available on social media, official websites and promotion watcher websites that provide codes for 30,000 free chips or more. 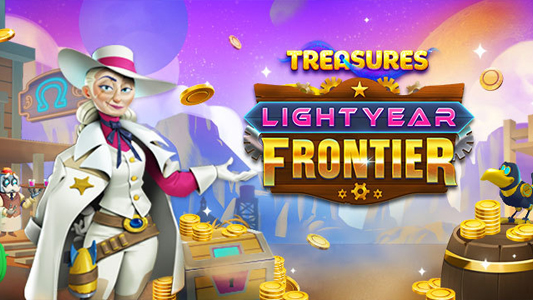 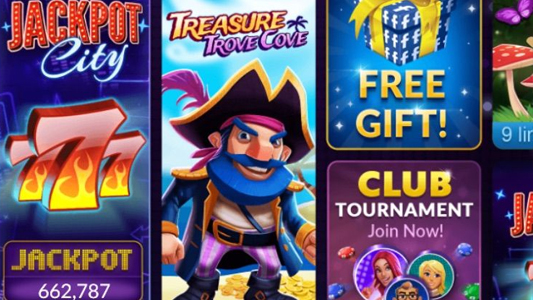 If you are on Facebook and enjoy social gambling and games, you are likely to have come across the name DoubleDown Casino. This social gambling experience attracts over 5 million facebook on a monthly basis and provides them with a massive gaming catalogue. Social gamblers who opt to make use of DoubleDown Casino are privy to hundreds of free slot games, free video poker and even free blackjack. If you are on Facebook but do not log in everyday, you can sign up on Facebook and then download a DoubleDown casino application for your mobile device.

It might be surprising to many players, but DoubleDown casino offers promotions even though all games are free. These promotions can be used to purchase free chips or coins. DoubleDown Casino has become known for offering a wide range of promotional codes and discounts which can be found on DoubleDown’s official Facebook page, the DoubleDown Casino website and through doing a search to find what the free social gambling provider currently has up for grabs. 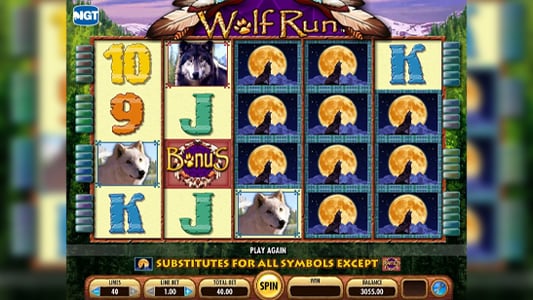 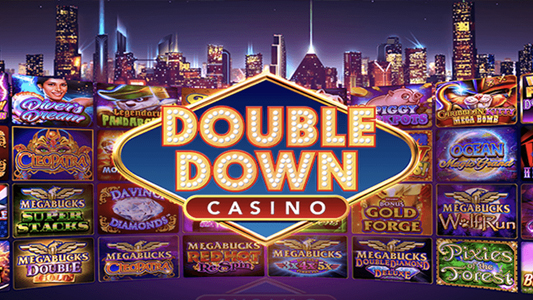